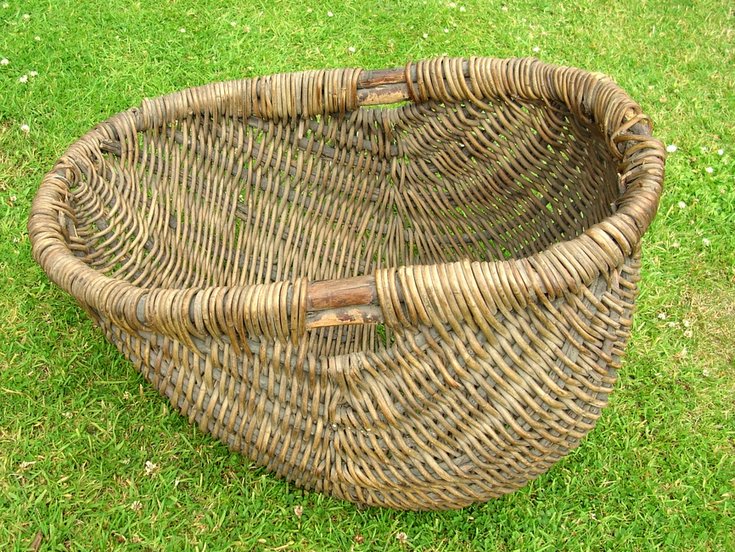 Scoop shaped wicker basket known as a 'Scull', 'Skull' or 'Scoo' for holding fish of baited lines, which originated in Embo. It was made by John (Bonar) Mackay (Mrs Hay’s greatgrandfather) who lived at 3 Terrace Street Street, Embo and lived from 17/07/1876 until 1966 (aged 90 when he died). He is buried in the Wee Free section of the Dornoch cathedral graveyard. His boat was called the ‘Maggie’ after his mother Maggie Ann, and the boat was crewed by the four brothers – Robert, Alec, Kenny and the youngest John. He used the basket for fishing nets. The fishing stopped in the 1920’s and Mrs Hay’s mother remembers the boat being left to rot by the pier. The basket was given to Mrs Hay’s mother in 1938 or 39. It was taken by wheelbarrow from Embo to the Mound and placed on the London train by Mrs Hay’s greatgrandfather. It has been used to keep logs. Mrs Hay’s mother’s maternal grandfather was the head groom and piper at Skibo, he went with the Carnegie family to America. His name was Punton (see photograph 2004.042.023 with a Johnny Punton)
Picture added on 23 September 2008