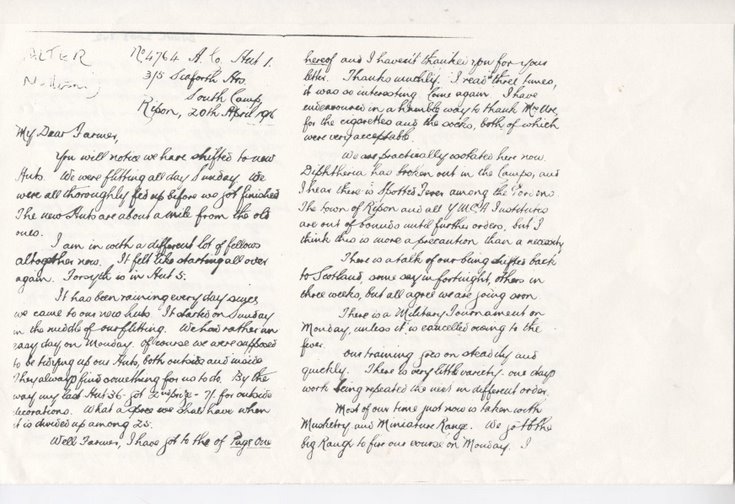 Photocopy of a letter written from the Seaforth Highlanders camp at Ripon, April 20th 1916. It is signed Waltie, and the name Walter Matheson appears to have been written at the top of the letter at a later date. Talks about conditions at the camp, training, and people's views of the war.
Picture added on 01 July 2008
Comments:
Sadly, Pte. Matheson was killed in action in France, almost certainly at Beaumont Hamel, on 13th November 1916.

Many thanks for your comment. More images of Walter Matheson can be accessed on the image library by searching his name. He was an excellent golfer - Administrator
Added by Gus Mackay on 13 April 2012