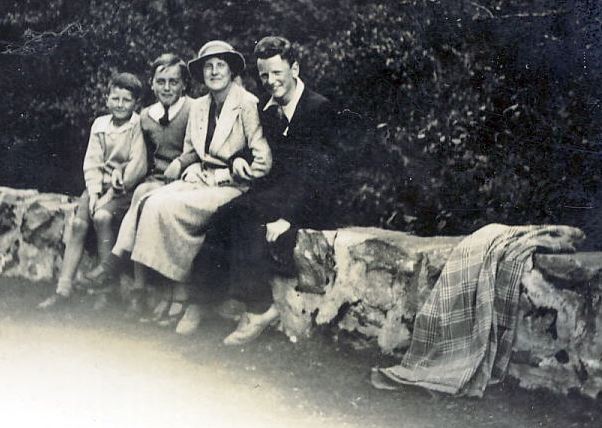 Two pages from a photograph album. First page has 6 photos each side. One side has one photo of a family sitting on a wall and five of naval ships/docks. Other side has five photos of biplanes (one with Dornoch cathedral in distance?) and one of a man standing by a car. The other page has three photos of the interior of a music/radio shop on one side. The other three photos on this side have been torn off. "1936" written on one of the torn off corners left behind. The other side has 6 golfing photos.
Picture added on 24 April 2008