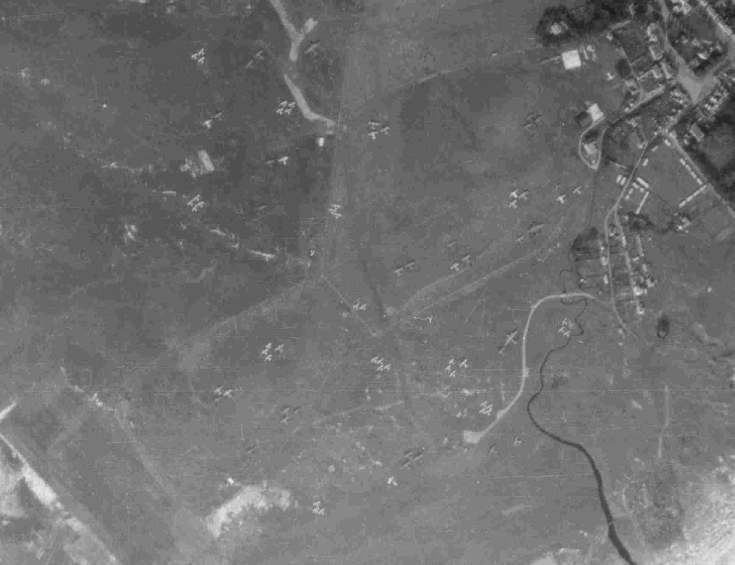 An enlargement of the aerial photograph obtained from the Royal Commission on Ancient and Historical Monuments of Scotland, of the Dornoch Firth (2007.249.02). This shows the Dornoch airstrip in 1944 with c.114 aircraft.