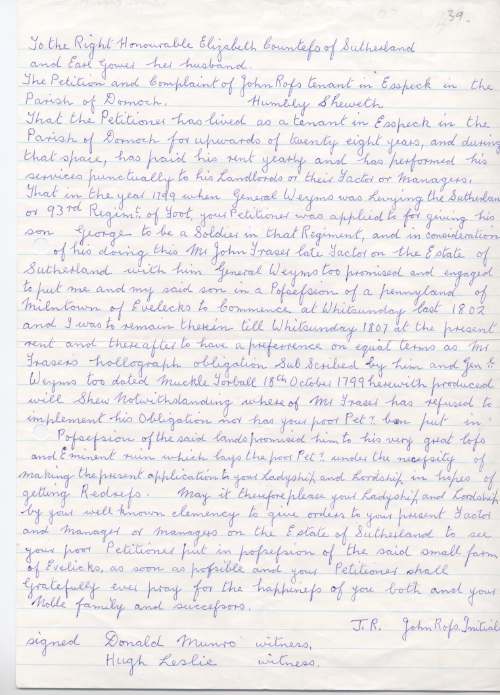 Handwritten transcript of petition to the Countess of Sutherland by John Ross, tenant in Esspeck, whose son George enlisted in the 93rd Regiment in 1799, in consideration of which JR was promised land at Evelix from 1802 on favourable terms, but the promise was not acted upon.
Picture added on 24 April 2008