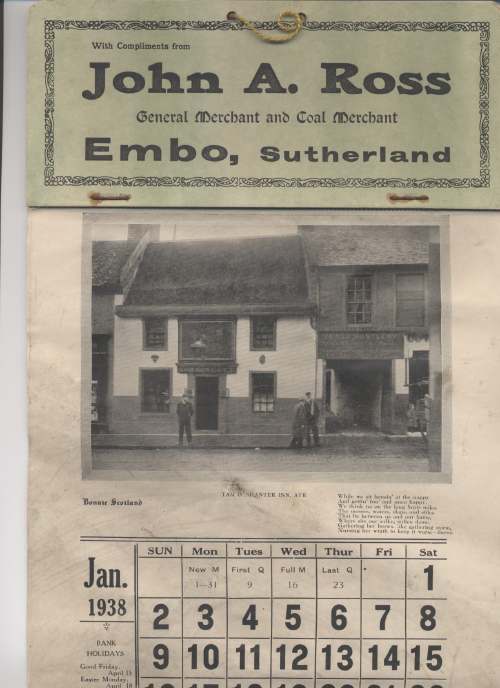 Complimentary calendar for 1938 given out by John A. Ross, general and coal merchant, Embo. The calendar is mass produced and has a header for John Ross printed on green cardboard and stapled to the top. The header has two punched holes for hanging, with a scrap of yellow thread knotted through. Each month has a Scottish view in black and white and a snippet of Scottish verse. The picture for October is of the Sutors, Cromarty, with warships visible in between. December is the Mill Bridge at Golspie in snow. The front page is dirty and discoloured.
Picture added on 24 April 2008