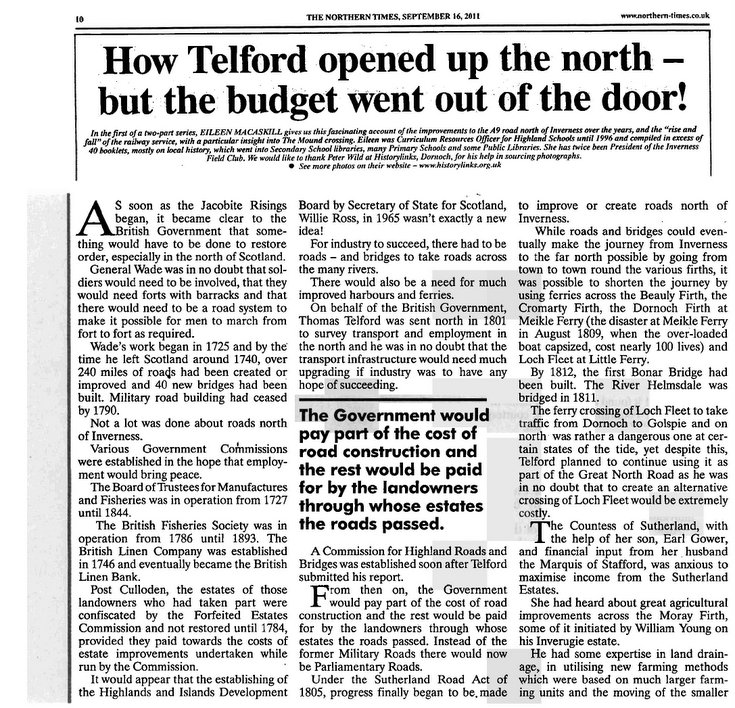 Copy of two articles which appeared in the Northern Times of 16 and 23 Sep 2011 with titles: 'How Telford opened up the north - but the budget went out of the door!' and 'Bridges of change a the end of the 20th Century', written by Eileen Macaskill. The first article had extensive content on The Mound and both articles were accompanied by monochrome photographs from the Historylinks Museum.