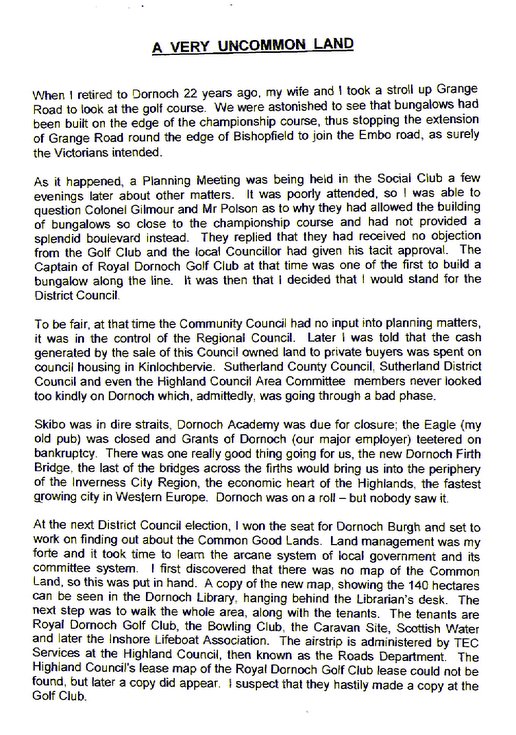 Copy of a three page typewritten letter by Duncan Allan, with the title 'A Very Uncommon Land', published in the Northern Times September 2011 about the history of the common good lands, including the relationship between the Dornoch Burgh and the Royal Dornoch Golf Club.