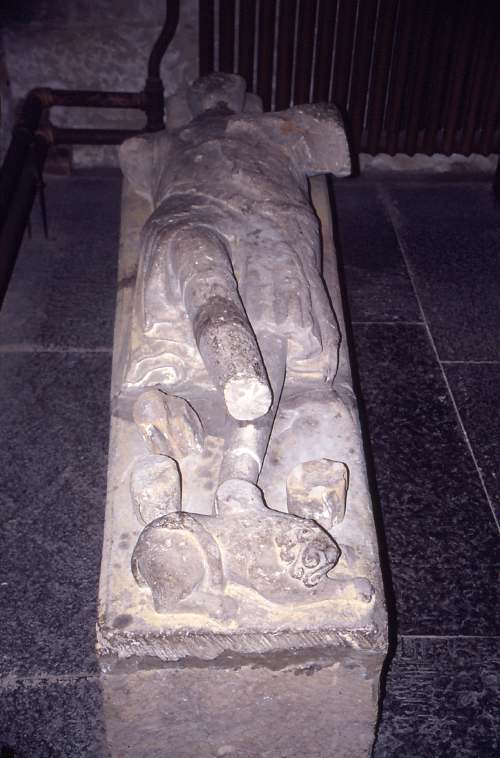 Colour slide of sarcophagus in Dornoch Cathedral 1995. This contains the bones of Sir Richard de Moravia, brother of Bishop Gilbert. About the year 1240, Sir Richard, who lived at Skelbo Castle, was slain in a battle during a Danish invasion and for his good service in defence of his country Earl William caused a burial place to be assigned to him in the "queir of the Cathedral Church at Dornogh" The sarcophagus is a fine example of 13th Century sepulchral art. Hanger 14 - 422.31.
Picture added on 24 April 2008