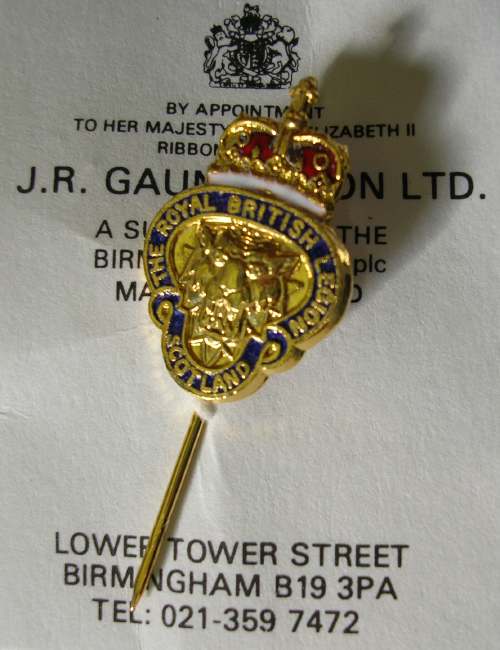 RBL stick pin annodised brass with red enamel set in the crown and a blue background to the scroll with a central lion's head. The pin is mounted on a card bearing the maker's name J R Gaunt and Son of Birmingham, with royal crest By Appointment to HM The Queen Ribbon Suppliers.
Picture added on 24 April 2008