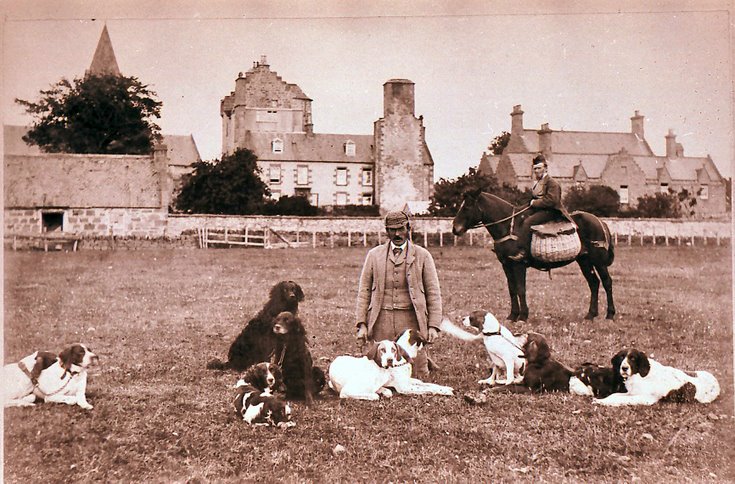 Black and white enlarged photo mounted on foam board taken opposite rear of Dornoch Castle (i.e. roughly on site of museum). It shows a kneeling man in tweeds (Sutherland estate gamekeeper William Macdonald) with a group of sporting dogs. Behind him is another man is on horseback with large panniers.
The Sutherland estate owned Dornoch Castle and leased it out to parties who came to shoot on Birichen Moor and fish in Loch Lannsaidh and Loch Laoigh. William Macdonald lived at Evelix and worked on the estate fro over 50 years.
Picture added on 24 April 2008