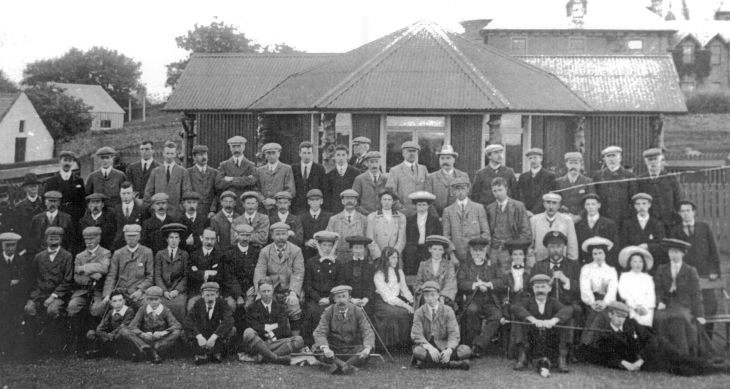 Photocopy of monochrome photograph of a group of golf club members outside the original Golf Pavilion on its original site. The Pavilion later became the professional's shop until it was demolished in 1973. Club Secretary John Sutherland is seated on the ground front centre.
Picture added on 24 April 2008
Comments:
I think Arthur Ryle (club captain) is seated (3rd row, 8th from the left) behind John Sutherland. Many thanks for the identification - Administrator.
Added by MASIS PANOS on 11 January 2018