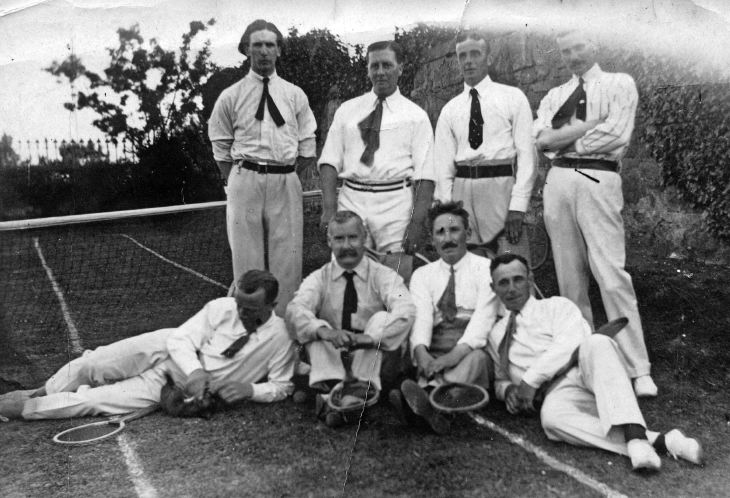 Monochrome photograph of group of eight tennis players, taken on the garden tennis court of John Gunn, Solicitors. It is notable that the players are wearing whites and ties. Third from left standing is thougth to be John Mackintosh's father.
Picture added on 24 April 2008