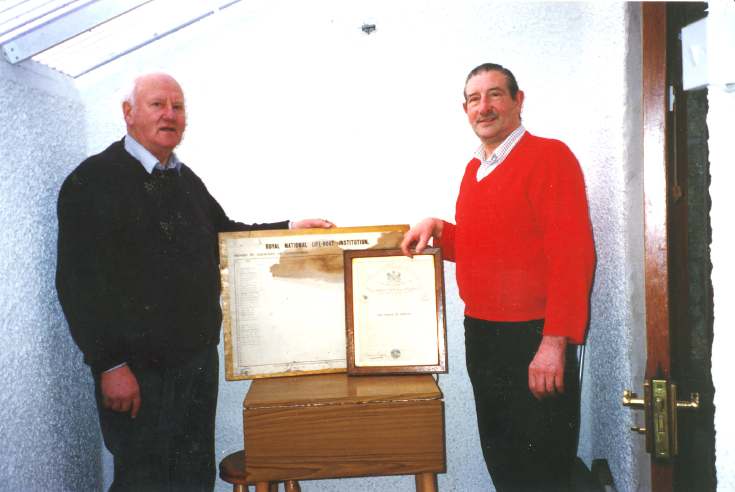 Colour photograph of cousins, (left to right) Donald Macdonald of Golspie & Donald Ross of Embo. Donald Ross is the grandson of John Ross, the first coxswain of the Dornoch and Embo lifeboat 'Daisie'. The document on a display board with heading 'Royal National Lifeboat Institution' is a record of those attending a lifeboat exercise and the framed document is the RNLI Preservation of Life Certificate awarded to John Ross in 1904 on his retirement as the Coxswain Superintendent after 18 years service. (This photograph appears in the Northern Times article 2006.355.09; the exercise record is at 2006.355.04 and the certificate at 2006.355.05)
Picture added on 24 April 2008