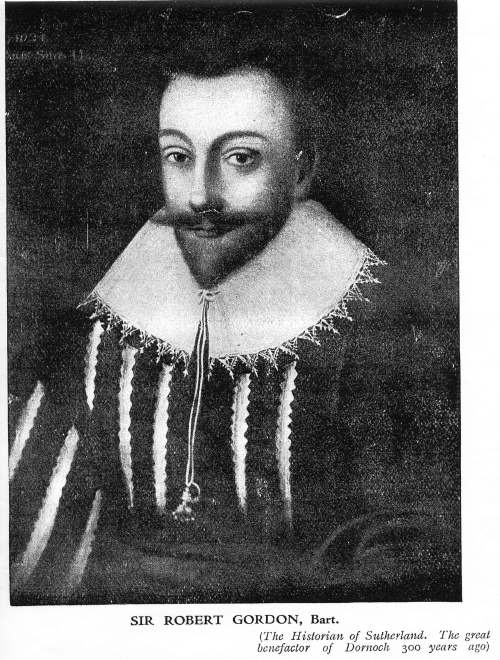 Monchrome photocopy of a drawing of Sir Robert Gordon, Bart the historian of Sutherland, who wrote 'The Earldom of Sutherland 1630'. Document contains a short quotation from this book about what is now the Royal Dornoch Golf Club: "About this toun (along the sea coast) ther are the fairest and lairgest Linkes (or green feilds) of any pairt of Scotland, fitt for Archery, Goffing, Ryding, and all other exercise; they doe surpasse the feilds of Montrose or St, Andrews." Second image shows quotation in context.
Picture added on 24 April 2008