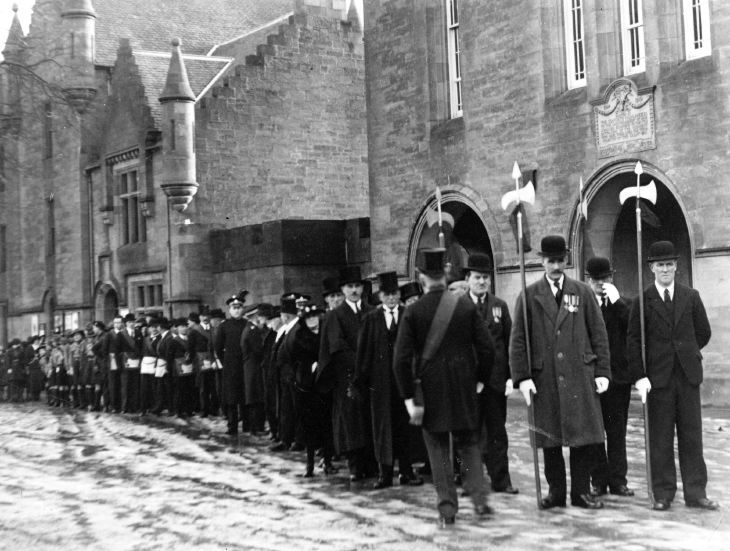 Monochrome photograph of a parade forming up in the square, led by the Town Council. Four gentlemen in the leading group are carrying pikes and wearing bowler hats and white gloves. Identified members of this pike carrying group, from the right: George Moore, Alec Moore, David Duff and Simon Bain (latter two wearing medals). Person in charge of the parade wearing top hat, tails and a shoulder sash. Council members in the immediately following group wearing top hats and gowns. In the main body of the parade there are policemen, the Massonic Lodge and Boy Scouts. There is the remains of snow and ice on the ground
Picture added on 24 April 2008