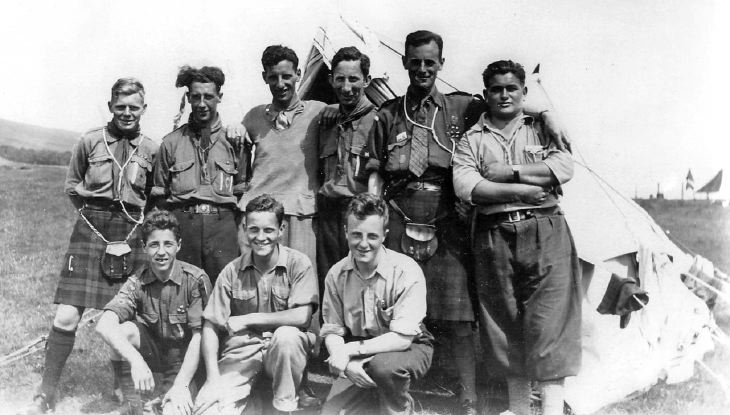 Black and white photo of a group of scouts standing in front of a white bell tent. Two identical copies. One has brown paper stuck to back and has been torn out of an album. The other has the bottom left corner missing, an arrow pointing to the boy standing on the left, and a caption on the back: With the compliments of your own S.M. groupie(???) Clynemilton 1933.
Picture added on 24 April 2008
Comments:
Leonard Will Senior extreme left back row.
Added by Dan Murray on 23 February 2010