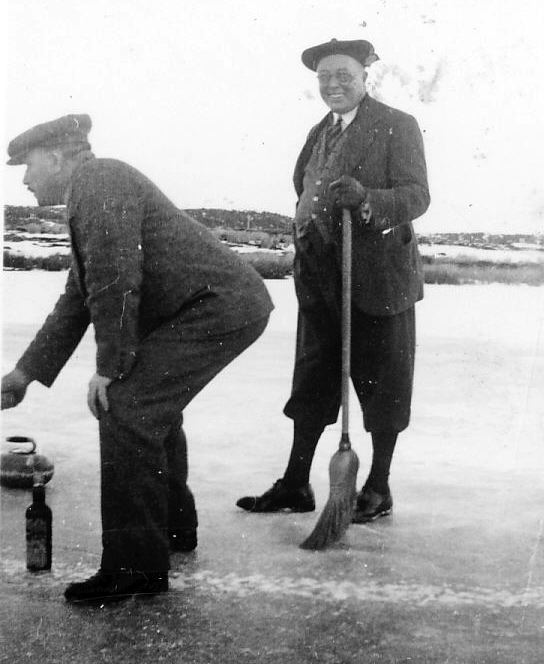 Black and white photo of two men curling at Loch an Treel, one just bending to the ice with a whisky bottle in front of him, the other standing holding a brush and smiling at the camera. "Ross 'Hotel'" written on reverse. Slight blue stain in middle from Dornoch Heritage Society stamp. Seems to be from Hardie album 2001.211.001.
Picture added on 24 April 2008