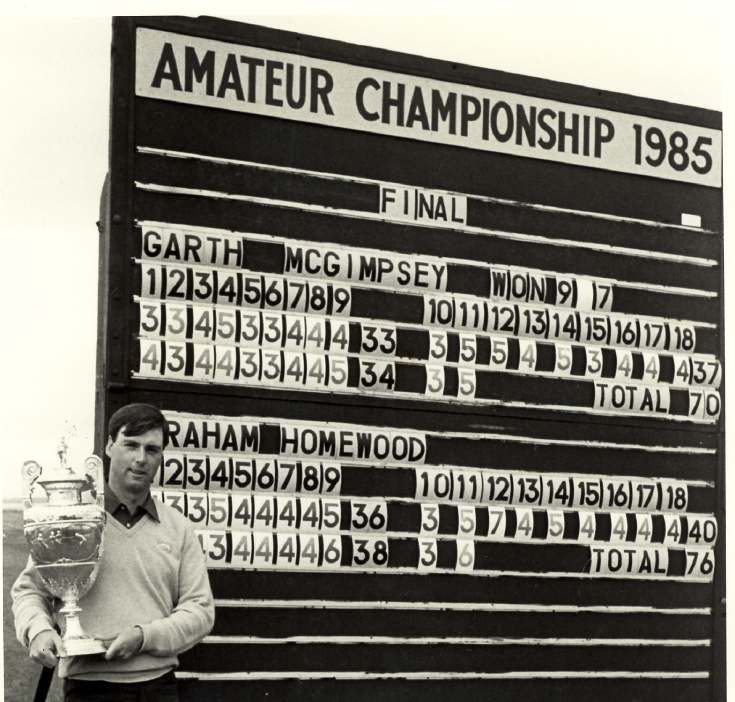 Black and white photo of Garth McGimpsey holding a trophy (same as 2006.242) and standing under a golf scoreboard for the Amateur Championship 1985, showing his name and scores and those of Graham Homewood. Print has been trimmed - no border along bottom edge.
Picture added on 24 April 2008