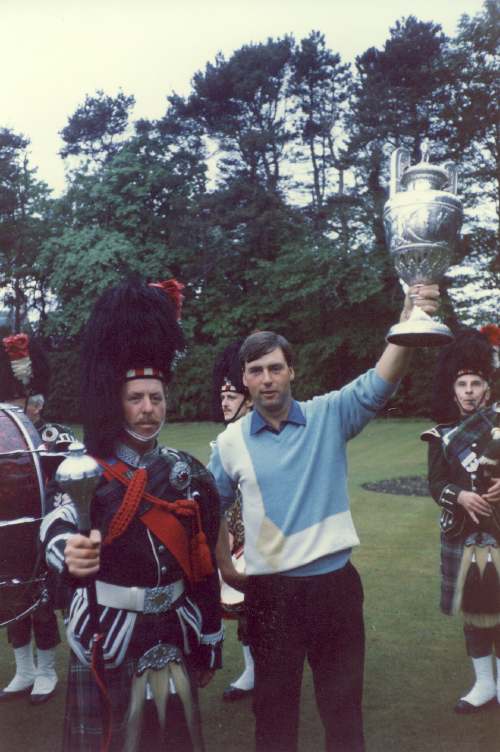 Colour photo of Garth McGimpsey ~ amateur champion 1985 ~ assumed to be golf from his style of dress. He is holding up an ornate trophy and is flanked by members of the Dornoch Pipe Band, including Drum Major John Muir and Kenny Macrae. Taken at the Burghfield Hotel.
Picture added on 24 April 2008
Comments:
Piper on right is Alistair Matheson
Added by Dan Murray on 10 February 2010