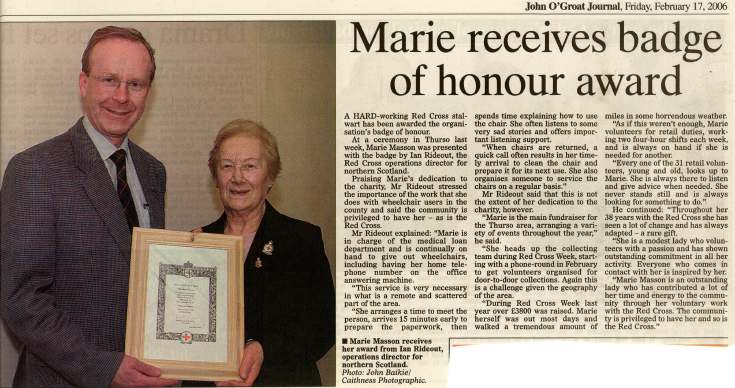 Newspaper cutting from the John O'Groat Journal of 17th February 2006, with an account and colour photograph of the award of the British Red Cross Badge of Honour to Marie Masson. The award was presented at a ceremony in Thurso by Ian Rideout, the Red Cross Operations Director for northern Scotland.
Picture added on 24 April 2008