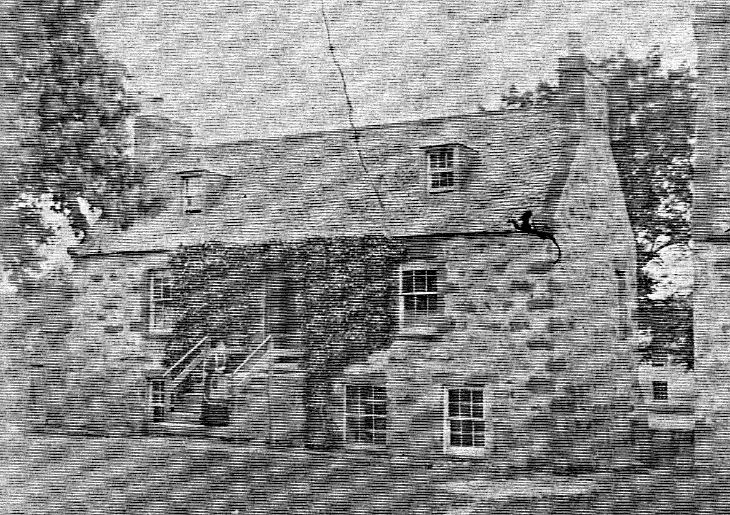 Photocopy of black and white photo of a house, with a woman standing on the front steps. The reverse is also photocopied, and says: "From P.M.Ross to Mrs. Ross Aug 1883. Photographed by P.M. Ross Aug 1883." A later addition reads: "Peter Murray Ross. The Ross House in Dornoch Scotland." The house is now called Cathedral Cottage and is opposite the east end of the cathedral just off the High Street. The next image shows the same house but with a man standing on the steps
Picture added on 24 April 2008