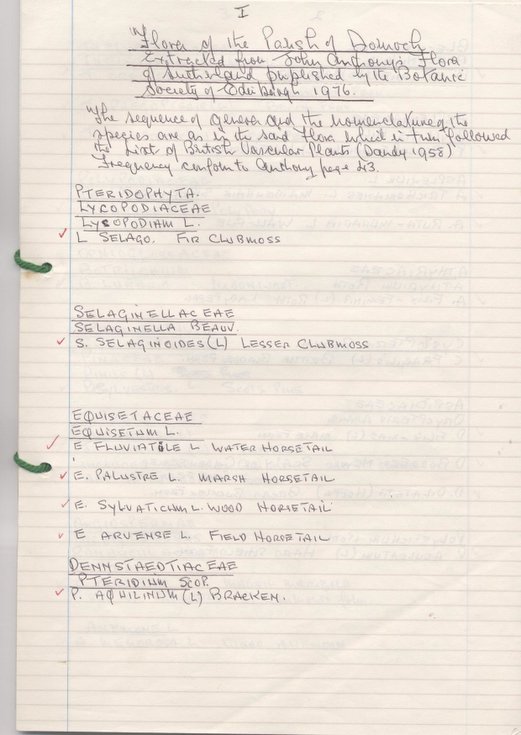 Handwritten notes extracted from John Anthony's Flora of Sutherland, published by the Botanic Society of Edinburgh 1976. The notes were written by WC Wright, Rinnes, 4 The Pillars, Dornoch, and are dated 22nd November 1989.
The notes consist of a list of plants with their scientific and common names. These are written in black biro. There are additional notes in red biro against some of the plants where they are uncommon or rare, in some cases with sites and dates of recording given. It's not clear whether these additions are also from the work cited above or are Mr Wright's. 21 sheets of lined A4 paper held togther by two treasury tags.
Picture added on 24 April 2008