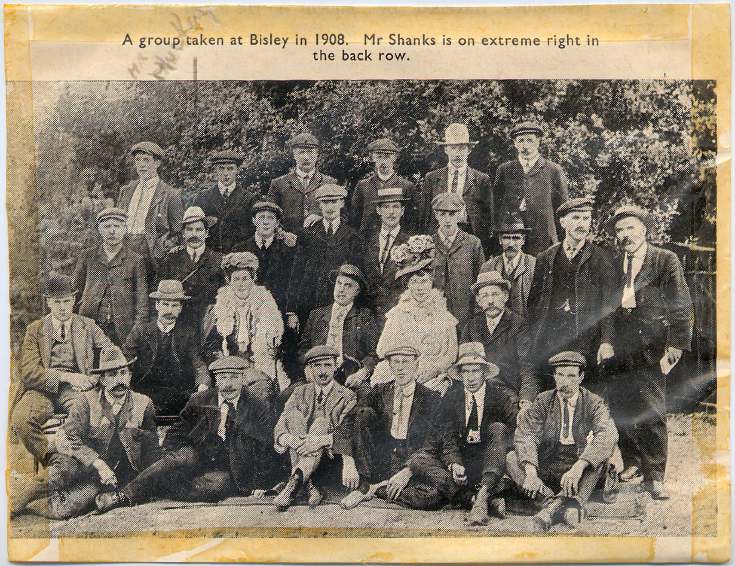 Black and white photo cut from a magazine showing a group of 25 men and 2 women taken out of doors. Caption reads "A group taken at Bisley in 1908. Mr Shanks is on extreme right in the back row. A line has been drawn down to the second man from the left in the third row, marked "Mr Mackay". He has a large dark moustache, looks young or middle aged and is wearing a panama hat. The photo was sellotaped round the edges to a piece of backing card. It was creased and crumpled and has therefore been removed from the card. The sellotape has left yellow stains round the edge of the paper.
Part of the Robert Mackay collection.
Picture added on 24 April 2008