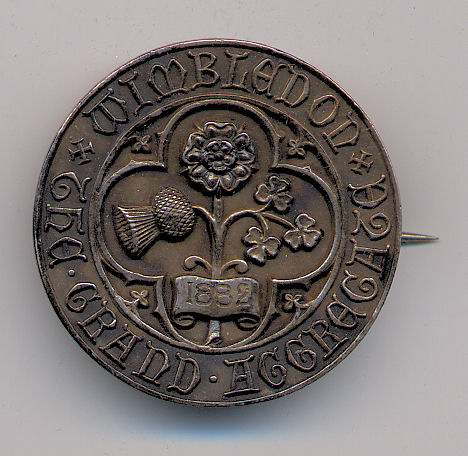 Circular silver plated badge with a thistle, rose and shamrock in the centre and a scroll dated 1882. Lettering around the edge reads THE GRAND AGGREGATE WIMBLEDON. The reverse is engraved WON BY SERGT R MACKAY. The medal fits in a deep-lidded presentation box (b), which is covered in brown paper. The base of the box is lined with purple velvet and the lid with blue silk. The hinges have broken so that the box is in two parts.
Part of the Robert Mackay collection.
Picture added on 24 April 2008