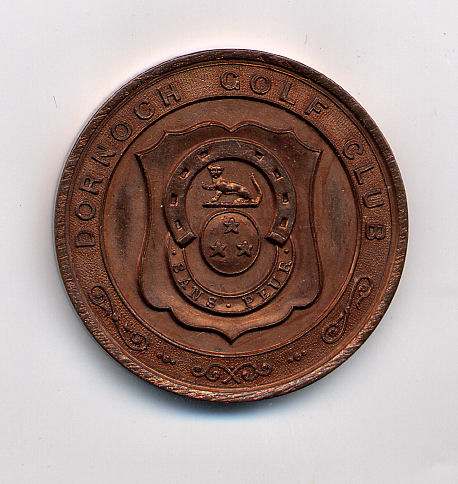 Circular copper alloy medal, one side bearing the Dornoch crest and words DORNOCH GOLF CLUB, the other a laurel wreath and WON BY. The winner's name has not been put in, but presumably won by Robert Mackay.
Part of the Robert Mackay collection.
Picture added on 24 April 2008