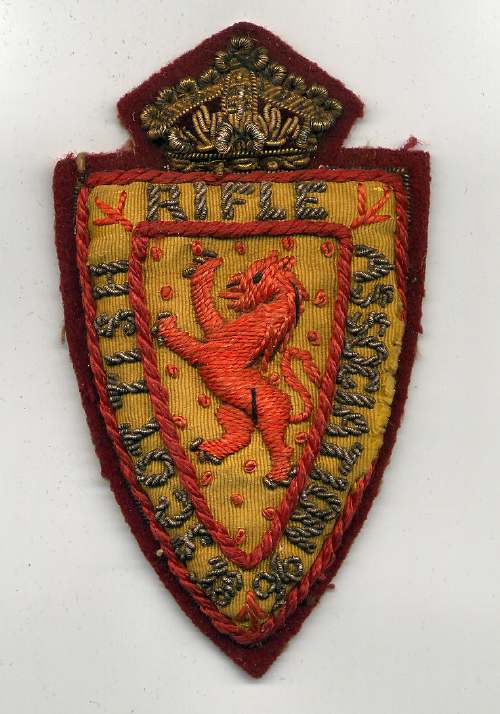 Embroidered raised badge in the shape of a shield with a crown above, on a backing of dark red felt, hessian or similar, and paper. The shield has an outer and inner outline worked in red thread, with a lion rampant worked in scarlet in the centre on a backing of yellow satin. The crown is worked in metal thread with dark red velvet, and the words SCOTTISH RIFLE ASSOCIATION are worked in metal thread round the edge of the shield.
Part of the Robert Mackay collection.
Picture added on 24 April 2008