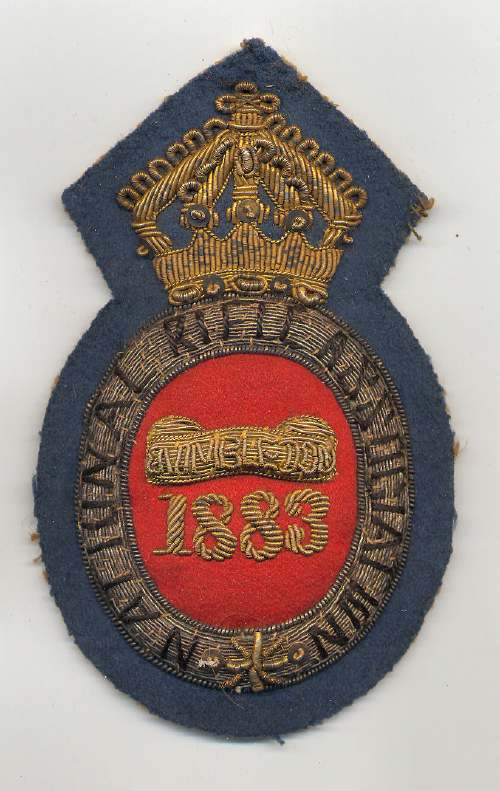 Embroidered raised badge in the shape of an oval with crown above, on a backing of blue felt, hessian or similar, and paper. The borders of the oval and crown are worked in metal thread with sequins. The words NATIONAL RIFLE ASSOCIATION are embroidered in black round the border, and WIMBLEDON 1883 is worked in metal thread on a red felt background in the centre.
Part of the Robert Mackay collection.
Picture added on 24 April 2008