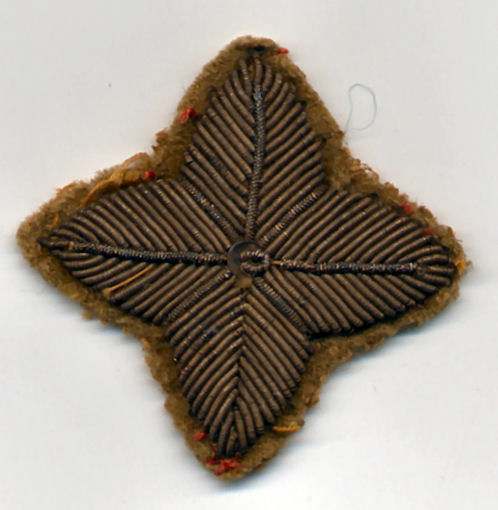 Embroidered raised badge in the shape of a quatrefoil, on a backing of beige felt, hessian or similar, and paper. The quatrefoil is worked in metal thread. The significance of this badge is unknown. It is not on the list of items originally bequeathed to the council by Robert Mackay.
Picture added on 24 April 2008
Comments:
This is an NCO's Proficiency badge for those in the Volunteer Force and then after 1908, the Territorial Force. Robert would have worn it on his upper right sleeve above all other rank badges. ~ Thank you for your comment ~ Administrator.
Added by Simon Butterworth on 08 April 2018