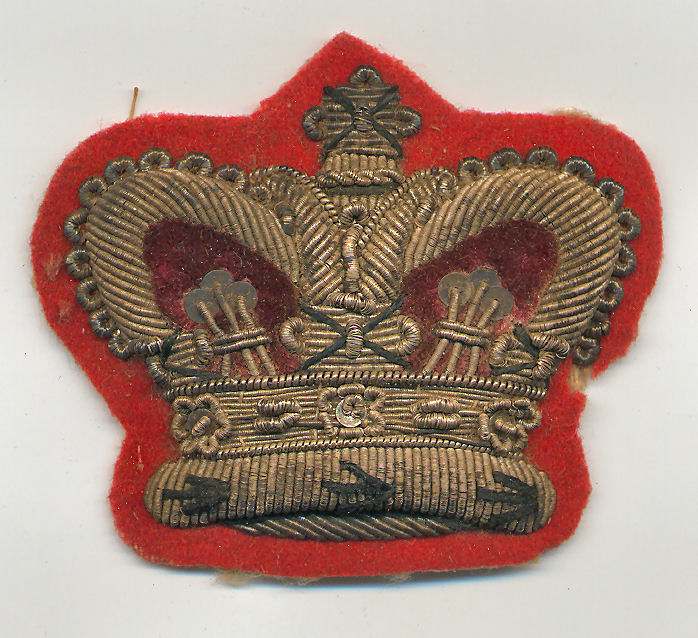 Embroidered raised badge in the shape of a crown, on a backing of red felt and hessian or similar. The shape of the crown is worked in metal thread and small sequins with highlights in black thread. The upper part of the crown is filled in with maroon velvet. The significance of this badge is unknown. It is not on the list of items originally bequeathed to the council by Robert Mackay.
Picture added on 24 April 2008
Comments:
This is a rank badge of a Queen Victoria Crown (QVC) which could be worn above the 3 Sgts Chevrons or on its own on the lower right sleeve as a Warrant Officers rank badge ~ Thank you for this additional information. ~ Administrator.
Added by Simon Butterworth on 08 April 2018