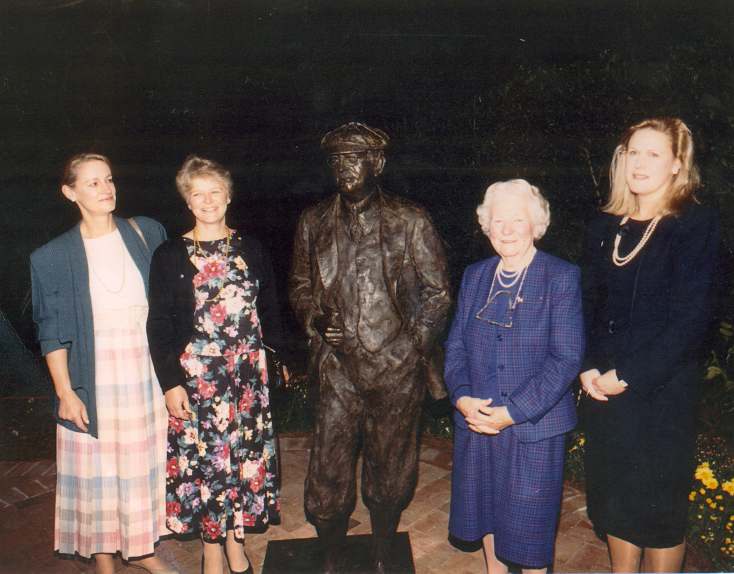 Colour photograph of the Donald Ross memorial statue, adjacent to the 18th green at Pinehurst No2 Course, with left to right: Susan Blanch Pippitt, Janet Ross Pippitt, Lillian Ross Pippitt, Elizabeth W Pippitt. Taken at Pinehurst, North Carolina November 1991, at statue unveiling by Donald Ross' daughter Lillian, accompanied by her daughters: Janet (Mrs Winkler), Susan (Mrs Roberto Veguez) and Elizabeth (Mrs Dale Shapiro). On a photocopy of the programme for the ceremony, there is an annotation by Elizabeth Shapiro: " My two sisters Janet and Susan, and my mother and I attended this ceremony. It was the last time the four of us were together at Pinehurst. We visited all of the 'important sites' of my mother's life there. The photo I am including was taken of course at this time, by someone of the Club there. My mother felt and stated it was an excellent likeness of her Dad. The painting inside (the Club) she thought dreadful, but needless to say kept that thought to herself."
Picture added on 24 April 2008