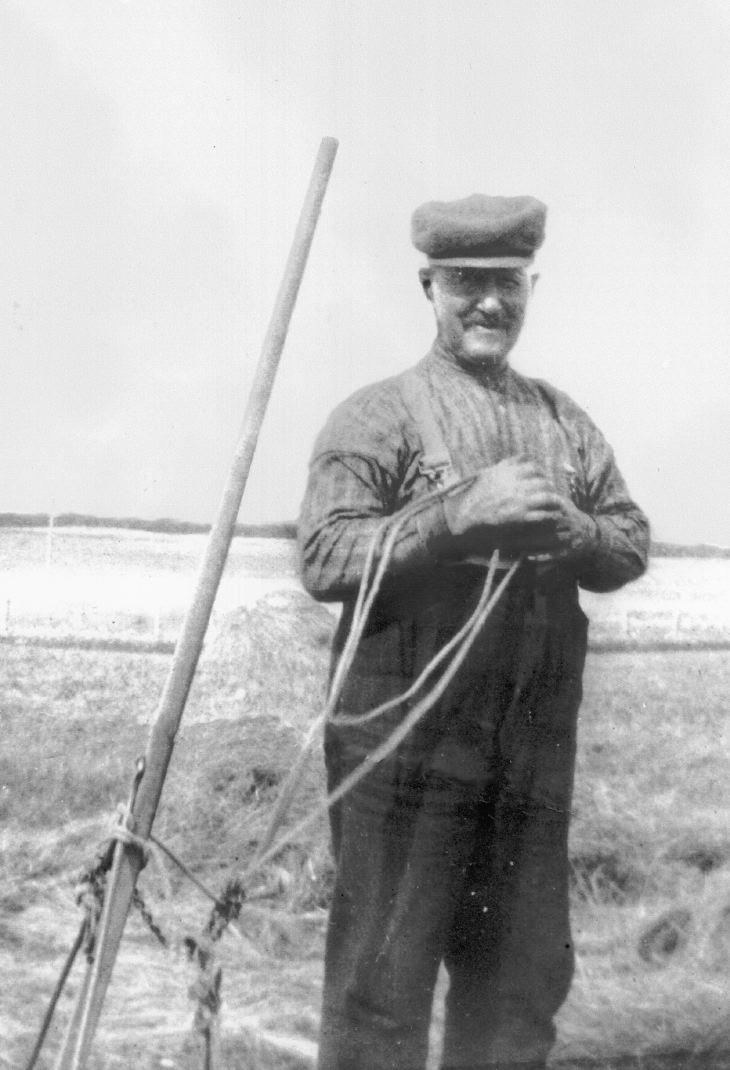 Scanned photograph of Billy MacKenzie with a hand operated hay rake also showing ropes which were tied to the persons body to help to pull the rake held and guided by hand as it raked the hay into rows. Billy MacKenzie lived near Poles Croft near Skelbo, early 1930's.
Picture added on 24 April 2008