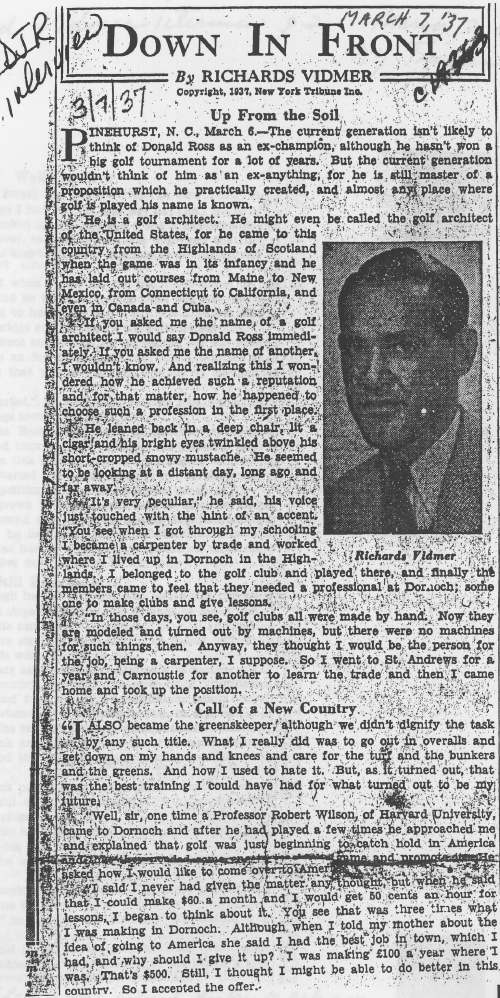 Photocopy of an article entitled 'Down in Front' from The New York Tribune March 7, 1937 recording an interview with Donald Ross by Richards Vidmer. Includes a photograph of Richards Vidmer. An annotation by Elizabeth Shapiro on a photocopy states: "Richard Vidmer wrote many articles about DJR throughout his career".
Picture added on 24 April 2008