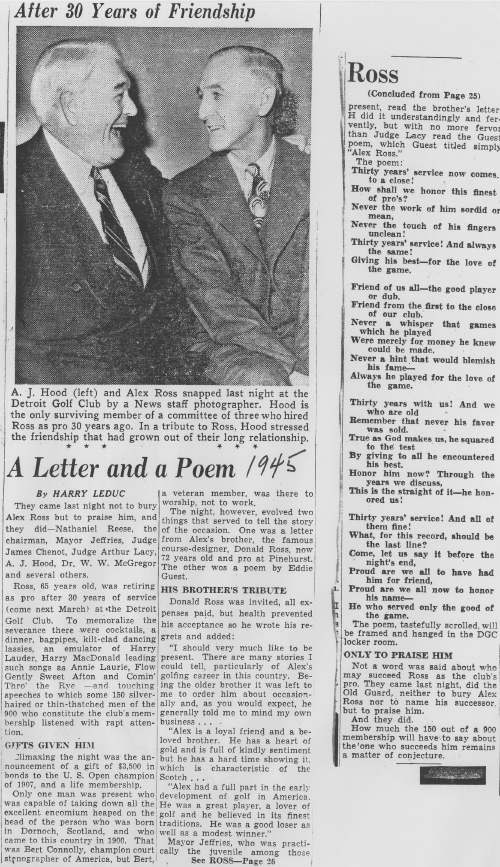 Photocopy of an article about Alex Ross with title 'A Letter and a Poem' by Harry Leduc, marking Alex's retirement as Professional at the Detroit Golf Club. Includes photograph of Alex Ross and A J Hood. Article includes a reference to his brother Donald but states he was unable to attend due to ill health. A second copy has annotation by Elizabeth Shapiro: "DJR adored this brother - always very close to him. As of 11/1901 Alex was with his brother Donald in Pinehurst, both teaching et al. Alex won the US Open in 1907. From 1905 to 1911, either Donald or Alex won every Massachusetts Open. Alex won 1906-1910, five consecutive years of wins. Alex married 3 times (widowered of first two) but had no children."
Picture added on 24 April 2008