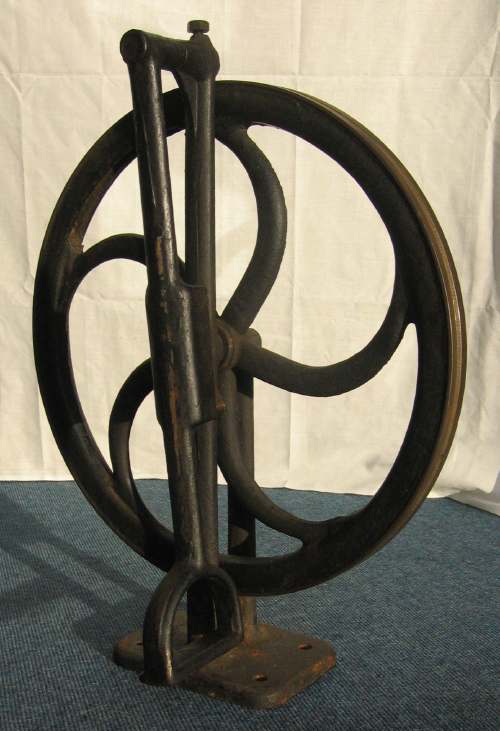 Treadle used by watchmaker Andrew Alexander Paul, Golspie, to operate lathes etc on his work bench. The treadle was originally fixed to a platform underneath the bench but is now separate. The treadle consists of a cast iron wheel with five thick curved spokes supported on a cast iron frame. The wheel has a grooved steel rim to take a belt. It is operated by a cast iron stirrup which is pushed backwards and forwards to rotate the wheel.
Picture added on 24 April 2008