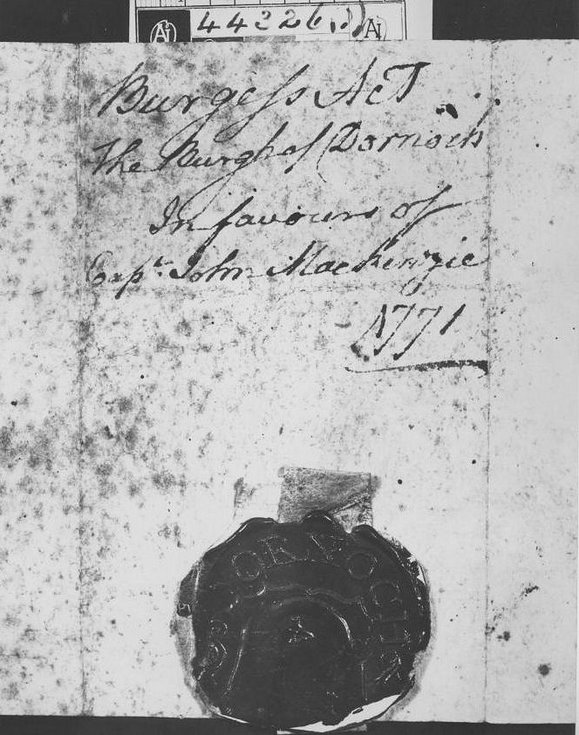 Black and white photo of the back of the freedom of the burgh of Dornoch awarded to Captain John Mackenzie in 1770/1. Burgh seal clearly visible at bottom. Transcript below. Sent with letter dated Oct 29th 1930.
Picture added on 24 April 2008