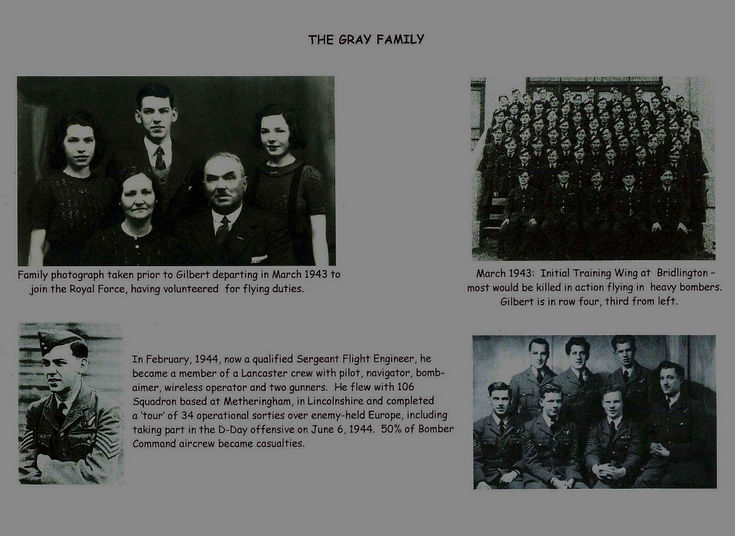 The seventh document in the Gilbert Gray series with four family photographs and accompanying details. At top left is a family group, with his parents and two sisters, prior to Gilbert departing in March 1943 to join the RAF, . Top right is a group photograph of the March 1943 Initial Training Wing at Bridlington with Gilbert in the fourth row third from the left. The final two photographs taken in February 1944 show Gilbert as a qualified Sergeant Flight Engineer and as part of a Lancaster crew of 7 with pilot, navigator, bomb aimer, wireless operator and two gunners. Gilbert flew with 106 Squadron based at Metheringham in Lincolnshire and completed a 'tour' of 34 operational sorties over enemy-held Europe, including taking part in the D-Day offensive on 6 June 1944. 50% of Bomber Command aircrew became casualties.