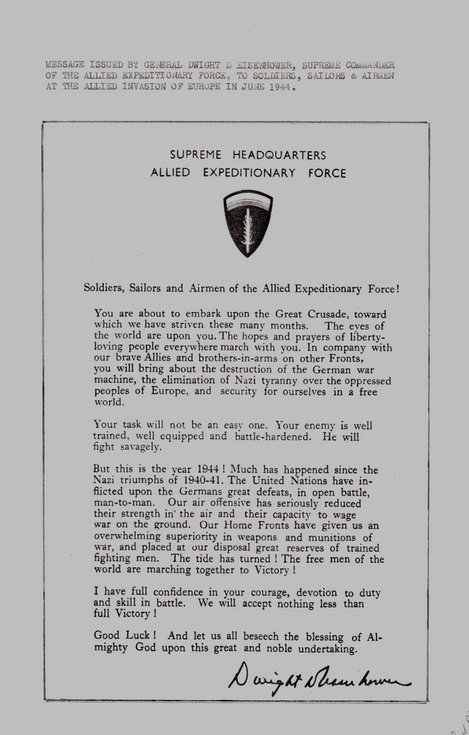 A series of eight documents relating to the D-Day Landings on 6 June 1944 and the personal experience of Gilbert Gray who joined the RAF and volunteered fro aircrew service in March 1943 aged 18. After training as a Flight Engineer he joined 106 Squadron Bomber Command at Metherington on the edge of the Fens near Lincoln. Gilbert was born in Clashmore, his parents met in Dornoch and retired to Benoran, Knoc An Lobt, Dornoch. The first document is a copy of the message issued by General Dwight D Eisenhower, Supreme Allied Commander of the Allied Expeditionary Force, to soldiers, sailors and airmen about to embark on operations as part of the D-Day landings in Normandy on 6 June 1944.