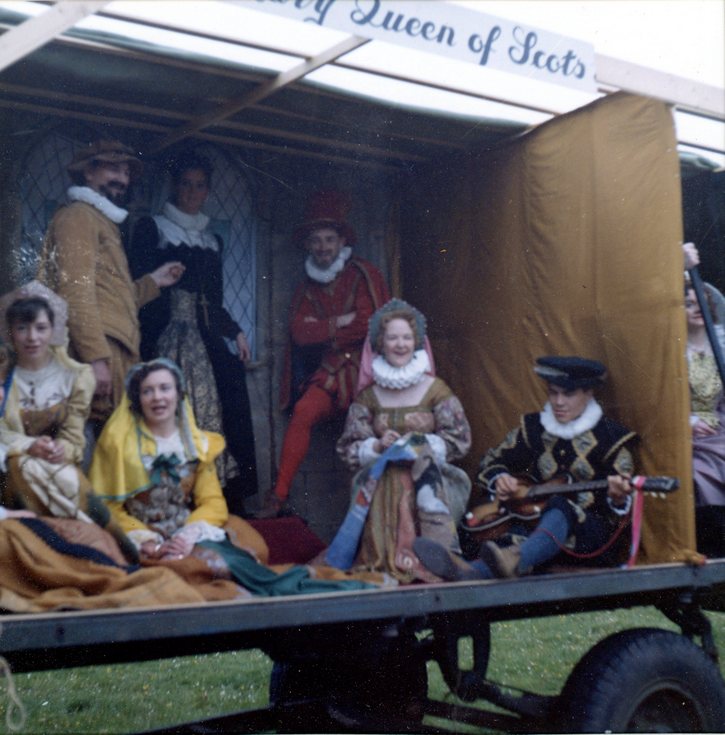 Colour photograph of members of the Dornoch Drama Group taking part in a Dornoch pageant. They are in costume on a mock stage on a trailer with a banner on the top, partly obscured but with wording 'Mary Queen of Scots'
Picture added on 03 October 2019 at 10:17