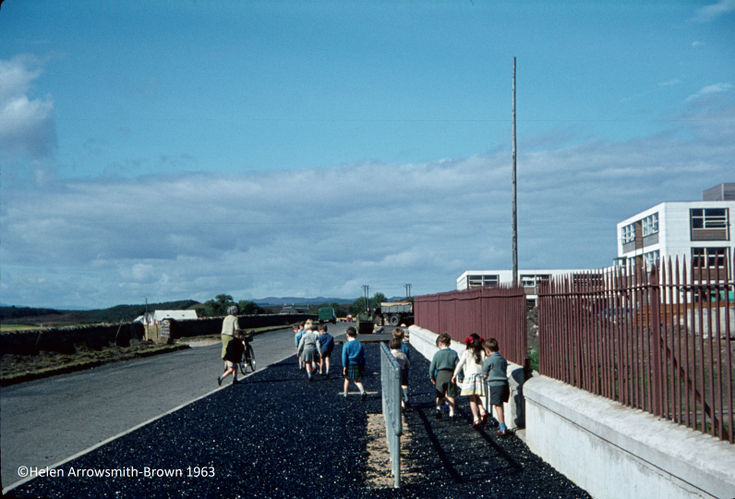 Fifth of a series of six colour photographs taken by Helen Arrowsmith-Brown in August-September 1963 showing final stages of the construction of Dornoch Academy. This photograph shows a party of young children walking along the new asphalte pavement. The railings along the wall on the right of the photograph have since been removed.
Picture added on 19 June 2019 at 13:46