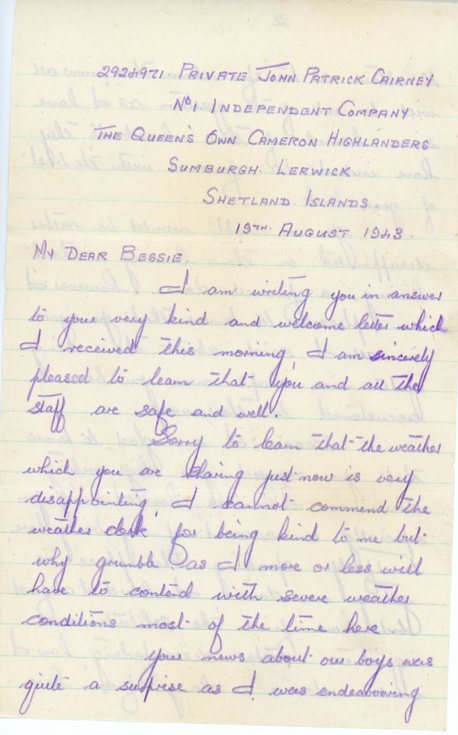 An 8 page letter from Private John Patrick Cairney, No 1 Independent Company, The Queen's Own Cameron Highlanders, Sunburgh Lerwick, Shetland Islands, dated 19th August 1943. The content of the letter establishes that John was someone with whom Bessie Wilson worked and she had written to him providing information on colleagues who had also been called up to serve in HM Forces.
Picture added on 01 May 2019 at 10:54