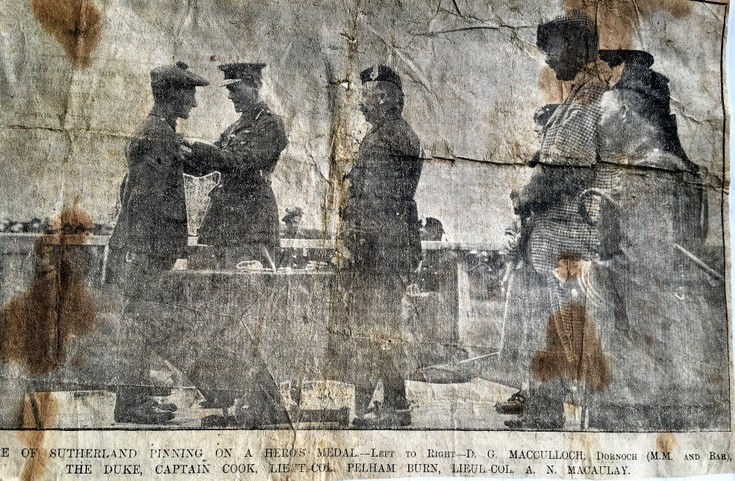 Newspaper cutting with monochrome photograph of the Duke of Sutherland with the inscription below: "Duke of Sutherland pinning on a heros medal - left to right " D G MacCulloch, Dornoch (MM and Bar), The Duke, Captain Cook, Lieut Col Pelham Burn, and Lieut Col A N Macaulay". Danny (Donald) MacCulloch serving with the 1/6th Seaforth Highlanders was promoted Corporal on 21st March 1918 and was awarded the Military Medal for gallantry in the field in March 1918 with a Bar to the Military Medal awarded in April 1918, two distinct acts of gallantry within a month of his promotion!
Picture added on 28 November 2018 at 10:37