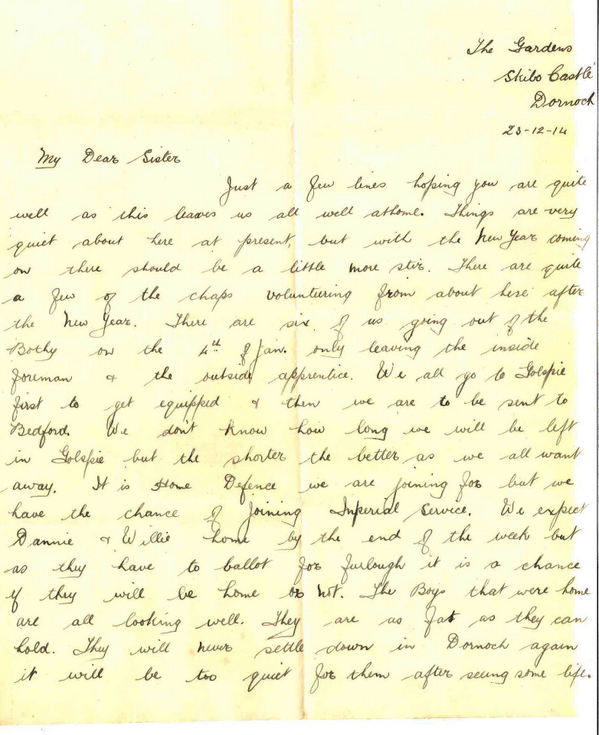 Fourth in a series of documents relating to the McCulloch family of Carnaig Street, Littletown, Dornoch. A handwritten letter from Thomas McCulloch to his sister Jo dated 23 12 14 from an address "The Gardens, Skibo Castle, Dornoch". It records that "There are quite a few of the chaps volunteering from about here after the New Year. There are six of us going out of the Bothy on the 4th Jan only leaving the inside foreman and the outside apprentice. We all go to Golspie first to get equipped and then we are to be sent to Bedford." It subsequently states "It is Home Defence we are joining for but we have the chance of Joining Imperial Service." [Those enlisted in the Territorial Army were liable for call-up for Home Defence, as opposed to volunteers to Kitcheners call to enlist who were to serve in the British Expeditionary Force.] The letter continues: "We expect Dannie and Willie home by the end of the week but as they have to ballot for furlough it is a chance if they will be home or not. The Boys that were home are all looking well, They are as fat as they can hold. They will never settle down in Dornoch again it will be too quiet for them after seeing some life."
Picture added on 21 November 2018 at 10:38