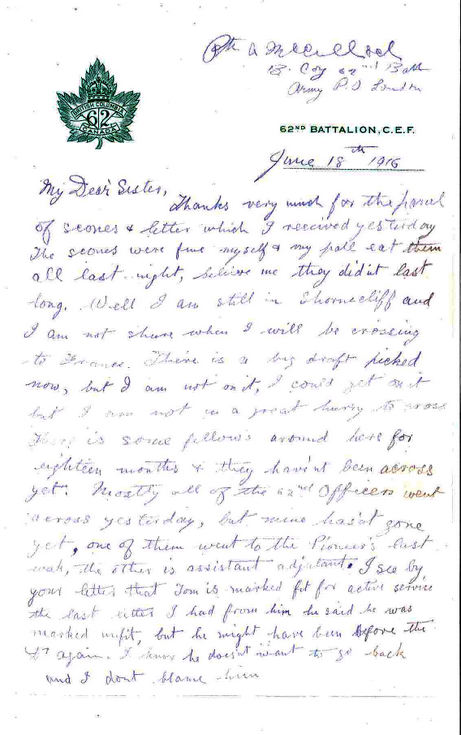 Third in a series of documents relating to the McCulloch family of Carnaig Street, Littletown, Dornoch. A three page handwritten letter from Private A McCulloch to his sister Jo dated June 18th 1916. The first page is on paper bearing the badge of the British Columbia 62nd Battalion Canadian Expeditionary Force but bearing the handwritten address at top right " Pte A McCulloch B Coy 62nd Battalion Army PO" [Post Office] "London". The letter thanks his sister for her parcel of scone with a letter which he received the previous day, with himself and his pal eating all the scones that night. It goes on to say that he was still in Shornecliff and not sure when "I will be crossing to France. There is a big draft picked now, but I am not in it .... I am not in a great hurry to cross." It later records "I see by your letter that Tom is marked fit for active service".
Picture added on 21 November 2018 at 10:30