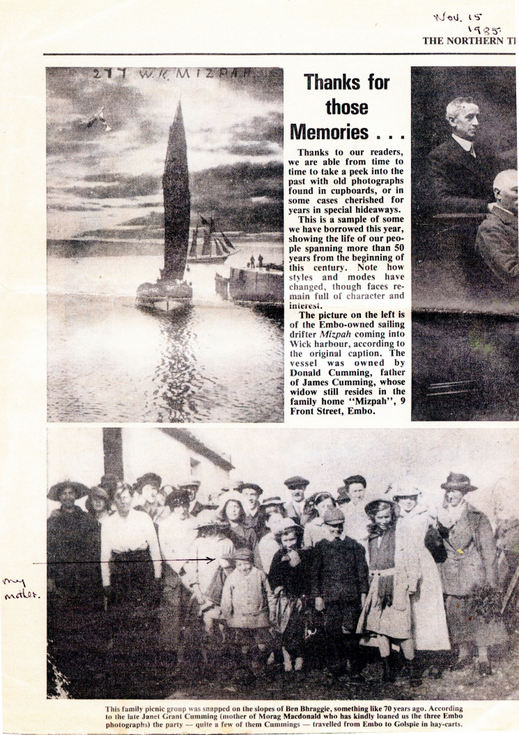 Copy of article published in the Northern Times of November 15th 1985 entitled 'Thanks for those Memories ...' Of paricular local interest is the monochrome image at top left showing the Embo owned 'Mispah' coming into Wick Harbour and the family picnic group photograph "snapped on the slopes of Ben Bhraggie, something like 70 years ago". (c 1915) The photograph inscription goes on to say "According to the family of the late Janet Grant Cumming (mother of Morag Macdonald who kindly loaned three Embo photographs) the party - quite a few of them Cummings - travelled from Embo to Golspie in hay carts."
Picture added on 01 October 2018 at 15:02