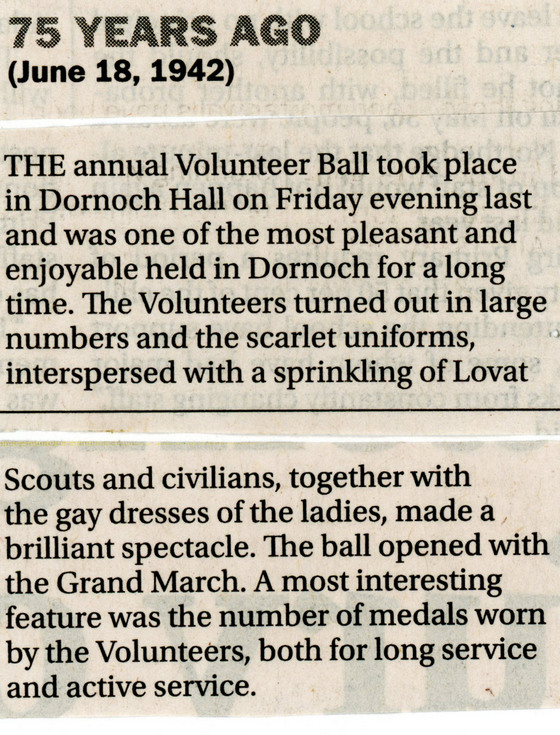 An extract from 'Old Files' published in the Northern Times of June 16, 2017 with a report of the annual Volunteer Ball held in the Dornoch Hall on Friday 12th June 1942. It records that the volunteers turned out in large numbers with the scarlet uniforms interspersed with a sprinkling of Lovat Scouts and civilians, with gay dresses of the ladies. An imprssive feature was the number of medals worn by the volunteers both for long service and active service.

This was a long standing event. A ticket for the Volunteer Ball held on 7th February 1862, presumably in the same location albeit then referred to as the "County Hall" is held in the museum collection (picture #138)
Picture added on 17 October 2017 at 10:38