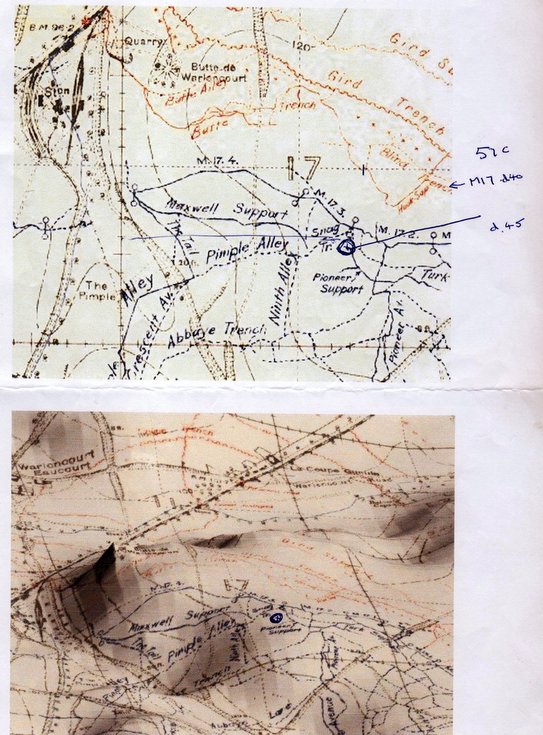 First of two A4 copies of maps provided by Mr Tony Lincoln, great nephew of Sgt Donald MacKay MM of Embo, who with a friend researched the location where his great uncle was killed during the Battle of The Somme in 1916. The first page, with two maps, shows the general area of the trench lines. The upper map focuses in on the network of trenches amongst which Snag trench has been highlighted by handwritten annotation.
Picture added on 30 June 2017 at 10:31