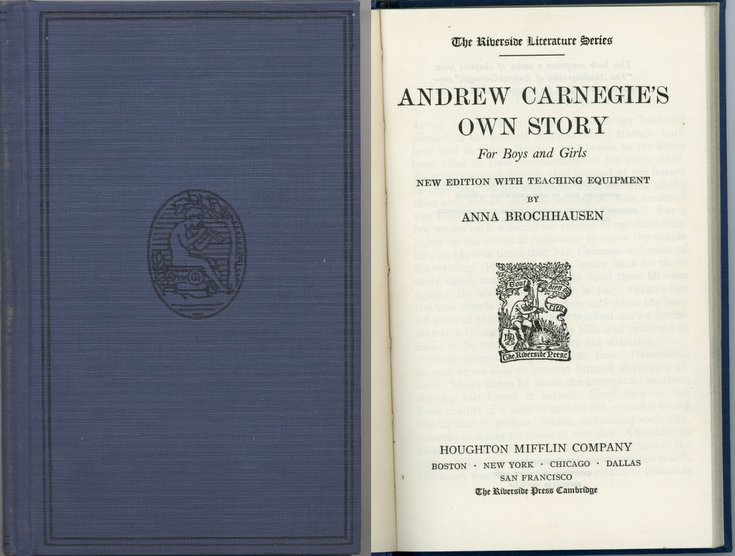 A blue linen covered book pp166 with the title 'Andrew Carnegie's Own Story For Boys and Girls' by Anna Brochhausen, published as part of The Riverside Literature Services by Houghton Mifflin Company, Boston, New York, Chicago, Dallas, San Francisco 1930 .The cover page includes the inscription ' New Edition with Teaching Equipment' , with the original copyright shown as 1920 by Louise Whitfield Carnegie The back cover has a shield with the inscription RLS 275. The Preface by Louise Carnegie indicate that the memoirs end when the fateful news of 4th August 1914 reached the Carnegie family and they left their summer bungalow retreat at Aultnagar and returned to Skibo. A copy of this book was presented to the children of schools close to Skibo in 1935 to mark the one hundredth anniversary of the birth of Andrew Carnegie. This copy has a handwritten inscription inside the front cover 'Andrew Macleod, School Hill, Dornoch 26.11.35'
Picture added on 30 June 2017 at 09:46