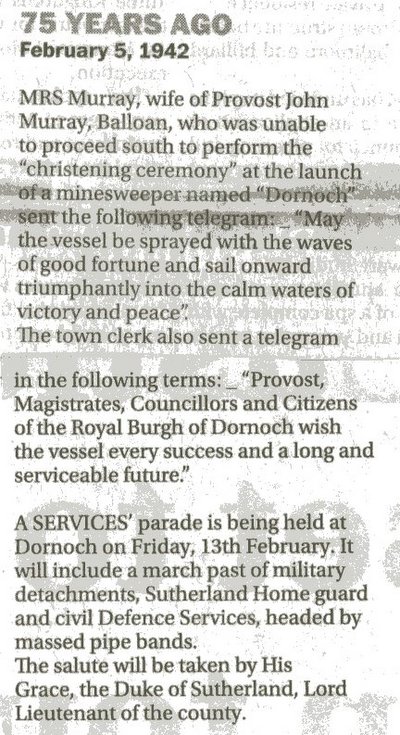 Extract from the Northern Times of 5 February 1942, reprinted in 'From our old files' of 3 Feb 17, recording that Mrs Murray, wife of Provost John Murray, Balloan, who was unable to proceed south to perform the "christening ceremony" at the launch of a minesweeper named 'Dornoch' had sent a telegram: May the vessel be sprayed with the waves of good fortune and sail onward triumphantly into calm water of victory and peace."

The report also records the Service's parade to be held at Dornoch on Friday 13th February 1942 with the salute to be taken by His Grace, the Duke of Sutherland, Lord Lieutenant of the County.
Picture added on 08 March 2017 at 15:41