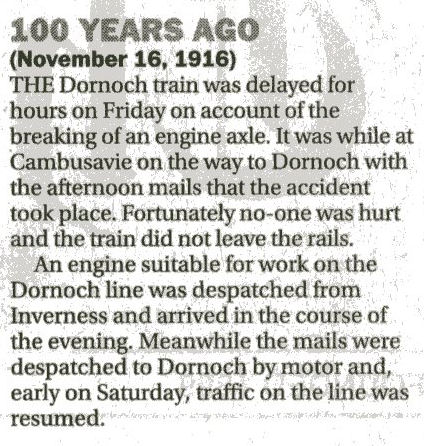 Extract from the Northern Times of 16 November 1916, reprinted in 'From our old files' reporting the delay of the Dornoch Train on Friday 10 November as a result of a broken engine axle at Cambusavie en route to Dornoch with the afternoon mails. Fortunately no one was hurt and the train did not leave the rails. The mails were despatched to Dornoch my motor and, early on Saturday, traffic on the line was resumed.
Picture added on 08 March 2017 at 15:33